Baptist wedding with an amazing couple

Thanks to the very own nature of our activity as wedding videographers, we have the opportunity to meet a lot of amazing people, and Daniela with Sabin was no different at this lovely Baptist wedding. The filming of the wedding, or more specifically the after-shooting, was held in one of our favourite places: the Karolyi Castle from Carei.  We also got along perfectly with the couple as both of them are calm, nice and their love is still pretty much innocent and honest till this day. This was especially visible during the after shooting video session when they were focusing just on each other and there was no schedule or other moments to pressure us in any way, so we had the opportunity to film some nice shots with the bride and groom perfectly relaxed. This shooting was actually held on a different day than that of the Baptist wedding, as there was some distance between the castle and the venue on the wedding day. The castle was recently renovated and is a very appreciated place in the county. The rich history as well as the legends create a special mysterious aura, attracting many visitors. And it is a great place for romantic shots!

The reception of this Baptist wedding was held at the Crystal Restaurant in Satu Mare. We liked a lot how the two made the wedding arrangements, as everything was prepared with attention to detail.

Daniela, originally from Moldova, and Sabin, from Satu Mare, have been living for many years now in Belgium. He is working and she is a student. Therefore, there were quite some guests from abroad. During the wedding, we worked along with Rad Ligia and her husband who were the photographers charged with creating memories in the form of still images. Their work is wonderful and they are both extremely nice, so we definitely recommend checking out their work.

Special wedding ideas for the reception 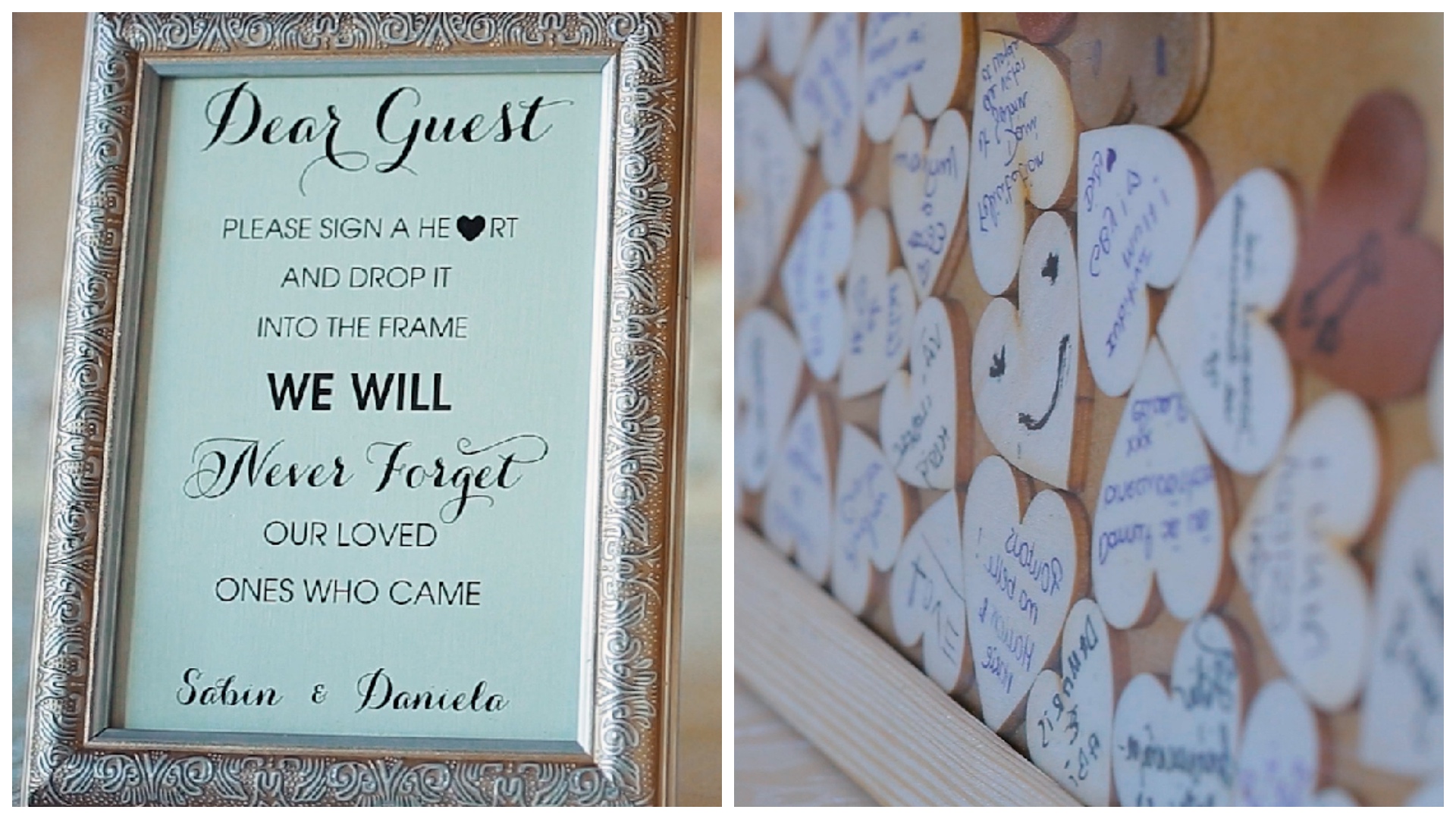 After the preparations, the Baptist wedding started with the religious ceremony held at a local Christian Baptist Church. The reception, at Crystal restaurant, was elegant without being fancy. An interesting detail that we highlighted in the video is the (photo) frame with the wooden set of hearts. On these hearts, the guests could write personalised messages from the wedding, which were then thrown on the frame. We found the idea highly original and a beautiful wedding memory as well as a nice opportunity for the guests to express their creativity. In addition, there were many activities, including creative games for both children and adults. The songs were live contemporary christian music songs played by the the tallented Andrei and Camelia Ciurdas.

Accessories of the travel themed wedding

As videographers, we enjoy filming not only weddings but also beautiful cities and countries, so a travel themed wedding is a nice combination of these two. We simply love to travel, and so weddings that have a travel theme are always close to our hearts. Thus, we were very glad when Luminita and Madalin proposed to us to be videographers at their wedding in Satu Mare, at Crystal Restaurant. The event was organized by wedding planner Ioana Mihet and included plenty of elements about travel. The guests were not seated at regular tables but instead “visited” islands such as Seychelles or the Island of Cuba. In addition, the decorations included a stylish miniature travel suitcase on the candy bar and an Earth globe. But our favorite accessory was a wristwatch whose hand ended in the form of a small airplane. All the details were perfectly in line with the couple’s personality, as Madalin runs a specialized travel website with tips & tricks about plane tickets and other travel tips, which can be accessed at promotrips.ro. 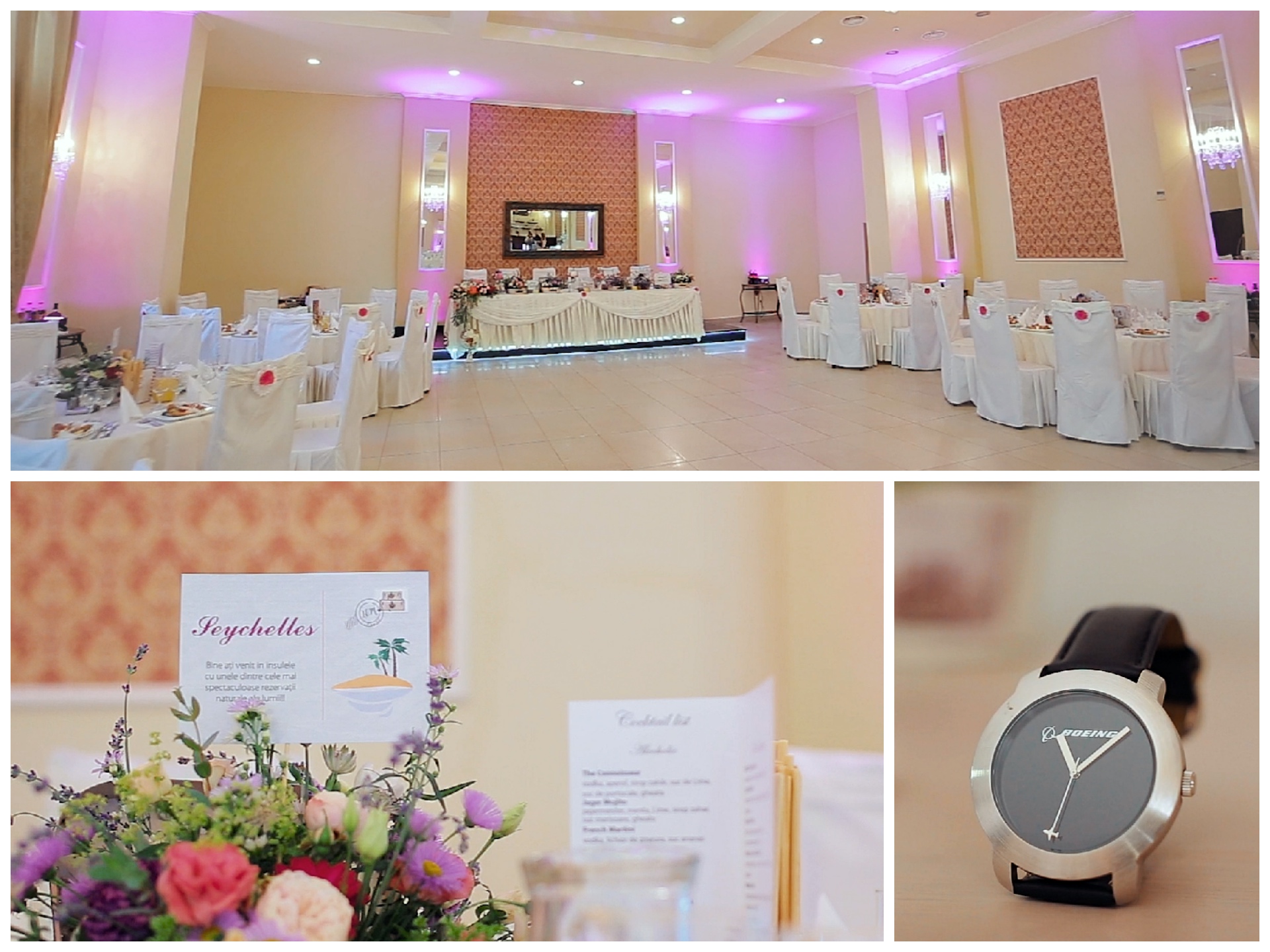 Wedding planner for a carefree event

As mentioned above, the travel themed wedding was organized by I, a wedding planner from  Cluj-Napoca. Ioana’s service was a gift from the godfathers after they have been thrilled with her services and planning skills at their own wedding. From the preparations at City Hotel to the religious ceremony at the Orthodox Cathedral and the first look in the small wooden house of the hotel’s courtyard, everything ran smoothly and without haste. After the religious ceremony we held a shooting at the Cathedral before we headed to the restaurant. The party was very animated, also because of the cover band Aldo Blaga & Tzika Sax and the renowned DJ Dacian Codreanu. Overall, we felt that the presence of a wedding planner was a very welcomed addition at this travel themed wedding. We were especially happy because there was sufficient allocated time for each part, which also helps us with planning and the bride and groom were perfectly relaxed and confident that everything will be fine. Moreover, Luminita and Madalin could enjoy their big day without worrying about every detail or small aspects of organising things. And Ioana is not only a meticulous professional but also a very communicative person with great attention to detail, who, in her words, tries to move past cliches and create a very customized and unique wedding.

Filming at one of the most modern venues in Satu Mare

What we really enjoyed in filming at Sonia’s and Tamas’ wedding was it’s really classy atmosphere. Nevertheless, it set the tone for a really fun and lively night. The couple held the event in Satu Mare, in one of the newest and most modern wedding venues in the area: Simfonia Ballroom at the Esedra restaurant. It was a beautiful day in the beginning of october, warm with clear skies, giving a summer feeling and enhancing the cheerful mood. 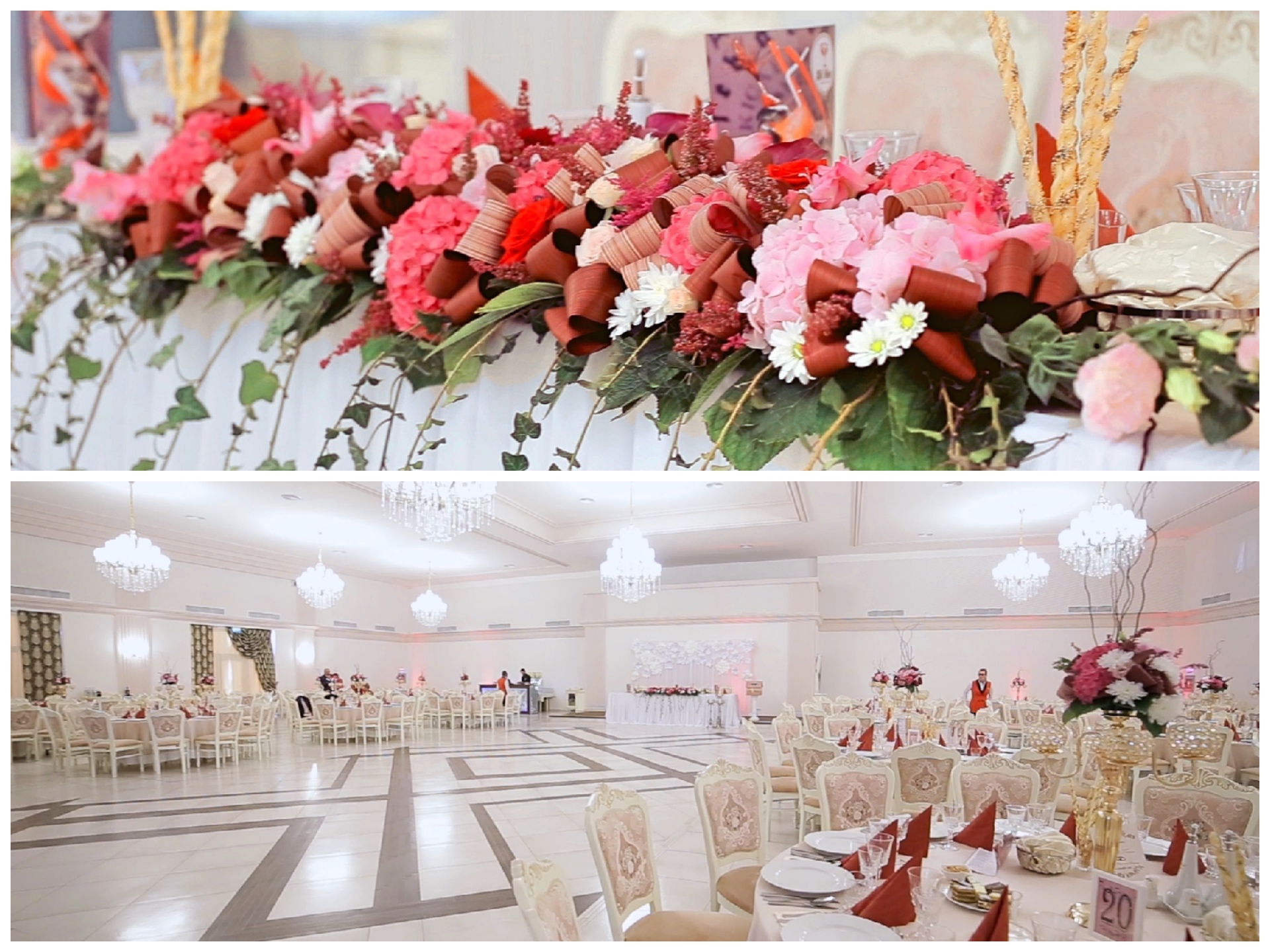 Touching first look in the church

The bride and groom prepared locally, at their respective places. Then, the two met at the church, where the religious ceremony commenced. It was a beautiful moment, everybody being clearly very touched throughout it. The bride had a red rose bouquet, which in combination with the dress made for great captures for us and for Virag Botond, the photographer.

The party started with a very elegantly performed dance by the couple. It was catchy and soon afterwards all the guests were enjoying themselves on the music played by the XXL band, one of the best cover bands in the region. They also travel to other regions like we do for videography, getting regular requests and in addition, they are renowed for the unique atmosphere they create and the lively interpretation they offer. The excellent cocktail bar was very praised and supported the fun atmosphere. It was indeed a very successful party where everybody had a a lot of fun.